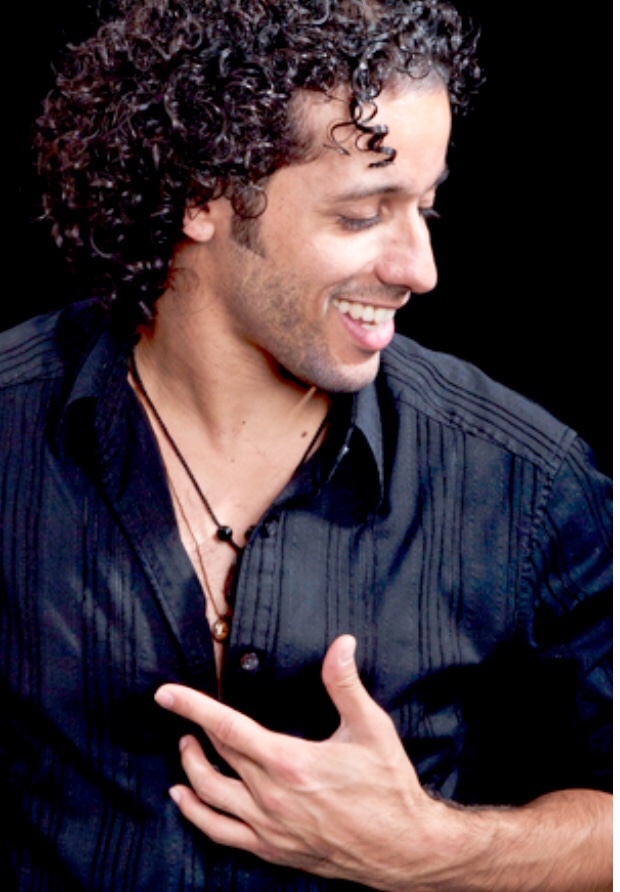 Dear world meet Luis Salgado. Many may know him for  his appearances on Broadway his choreography, his dancing skills, his beautiful singing voice and his actor’s reel. He has received many accolades for his contribution to the arts but this blog post will be a bit different than the other articles you will find on the internet about him. I dedicate this blog post to him today because just two days ago my blog website made one year. It was after watching a show he directed that I was inspired to start writing my blog.

I met Luis Salgado on 2/10/10 after watching In the Heights. I was given the opportunity because of my dear friend Henry Cruz who is friends with him. This was the first play where I had the opportunity to go backstage.  It was an experience I will cherish forever. I must tell you that within 5 mins of speaking with him I felt comfortable as if I had known him from my childhood. He was sweet and mild mannered and answered every question I asked. He then told me about his group R.evolucion Latina and that my daughter could be a part of it.  He had to leave but stated for us but to stay and meet the rest of the cast. I was ecstatic because Corbin Bleu had played Usnavi.

Since that summer of 2010  I have been involved with his group R.evolucion Latina known as Rev. Lat.   It is managed by a group of smart individuals one of them being his beautiful wife Denisse Ambert.   I must tell you that Luis Salgado is so radiant you need shades to be around him. Please read on and allow me to describe in words what I see and feel when I am around him.

Luis is well accomplished yet humble.  This is a trait most actors lose as they go up the ladder of success. Despite all his accolades, television appearances and friends in the entertainment industry , Luis will greet you with a smile. When you first meet him he makes you feel welcomed. His personality is warm and he makes you feel at home. You feel safe being around him.  When he meets you again even if he doesn’t recall meeting you he makes you feel as if he saw you yesterday.

He is not proud or boastful.  His humility is beyond measure. Taking dancing, singing and acting classes may make you great but if you lose your humility you will never be wonderful . Luis Salgado is wonderful.  This stems from his Puerto Rican roots, his mother, his upbringing and this beautiful light that emanates from his soul. His Aura has so many beautiful colors that I can’t even begin to describe. Imagine the joy of just delivering a baby, seeing a majestic night sky, being in love and add-on  the exhilaration you feel after parachuting off a jet.  Well this is what I feel when I am around him and see his Aura. I tear up just describing it.  It is just beautiful.

What makes him even more wonderful is that he shares his talents with the world. Right now he is in Germany. Prior to that he was in Colombia. He is passionate about the arts and helps others reach their full potentional. He is a guide, a mentor and just an example of what an artist should be. He has this way of making those around him want to bring their best forward. If artists under his guidance bring 100% to the stage he makes them so inspired they bring forward 200%. I witnessed it at the Ser or No Ser play he directed  one year ago. Anything with his name attached will be great. For those in NYC if you get the chance to see one of the shows he produces, acts in, dances in or directs don’t pass up the opportunity to witness pure magic. You must listen and see with your heart to get the full effect. Trust me you will not regret it.

Luis is a visionary. He started his group R.evolucion Latina to give latinos and others an opportunity to be more in the arts. He offers free seminars and a free one week broadway based camp for children during the summer. The door to his group is open to all. There is no discrimination. Many other groups only accept a selected few. He accepts anyone who has passion and love for the arts. 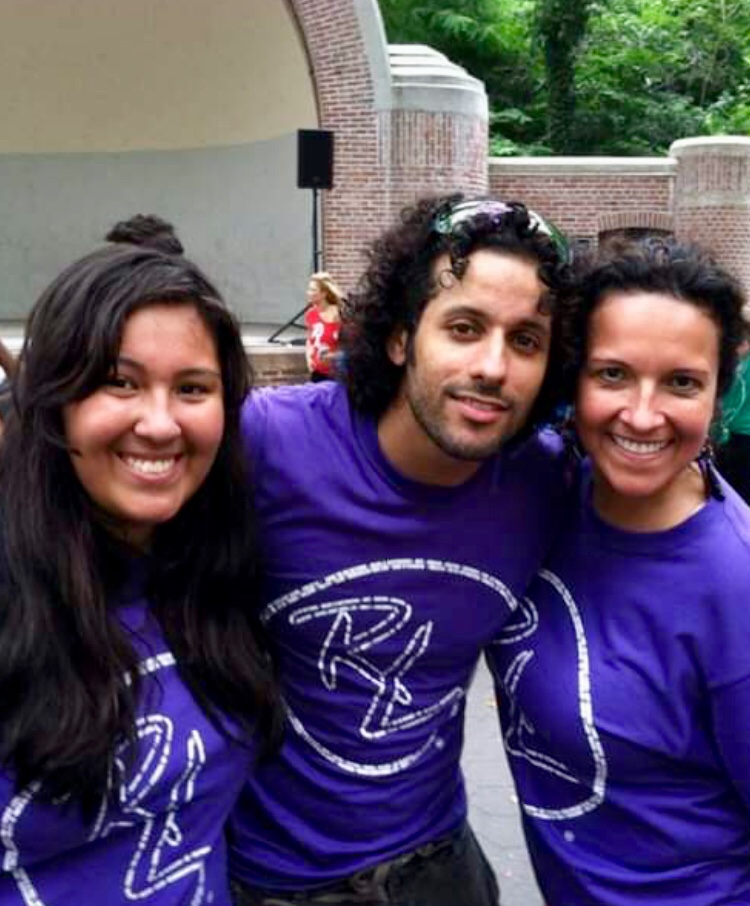 I am part of the group and I am a doctor. I volunteer during the one week camp and I love it. My daughter and my niece have been part of the camp. My daughter is a theatre major in College and on the road to success.  My niece has been in South Pacific at the Onley Theatre. His catch phrase is Dare to Go Beyond. He movitates the children every summer to do just that. In reality it motivates all to push past limits and shine.  My blog is me daring to go beyond.

You should see how he takes command of so many children. The room can be rowdy but when he walks in he makes every child feel special and unique that they in turn respect him. Yes all these children stay quiet hanging on to  every word he says. Truly magical to witness.  Side note  (Jaime Camil from Jane the Virgin with his arm around me. So awesome.)

Luis Salgado is not only an actor, choreographer, singer, dancer, producer, innovator, and role model. He is also a family man and a true friend. Please take a moment to really see this pic below because it captured his love for his son. His son is growing up exposed not only to the arts but to lots of love. Hikari is allowed to be himself and to express his raw talents. His beautiful wife captures all in video. If I could post a video I would. His son has his father’s energy and his own beautiful light. Denisee Ambert you are yourself a gem of a person and I love you and your family. 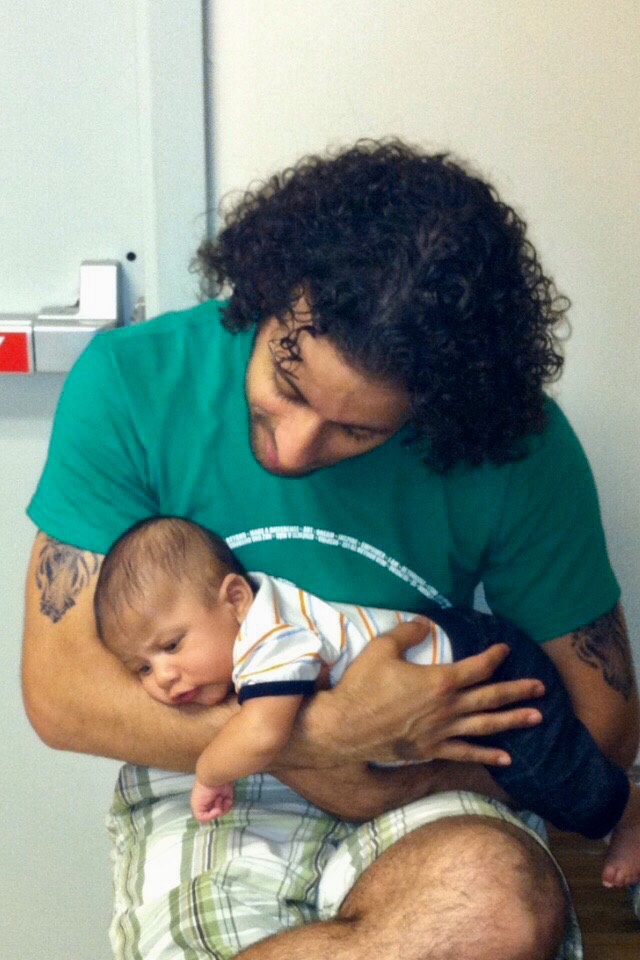 He travels often but is always close to home because his love for his family, his wife and his friends transcends the distance.  One day I asked his wife “How do you do it? Your husband sometimes is away from home and also there are so many women always around him. What’s the secret?”  She responded “I know and feel his love everyday despite the distance”.  This is rich!  This is grand and just beautiful. They have a wonderful marriage based on trust, love and they help one another shine as well. When they are together it is always candid and bliss.

Through meeting Luis Salgado I have met many actors both from Broadway and television.  Sometimes I met actors on my own and when I mention his name the first thing they say is “Oh yeah I know Luis. I love that guy” I wish there were an award to give him for all he embodies. I know in the future there will be a Luis Salgado Award and it will be more televised than the Emmy and Tony Awards combined. Remember I wrote it first. 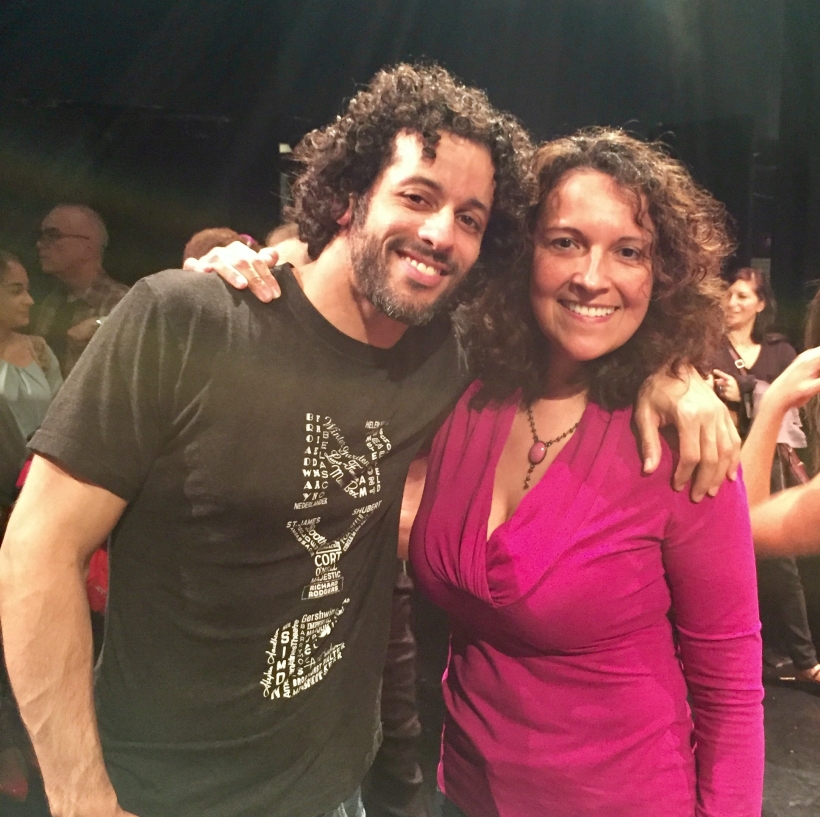 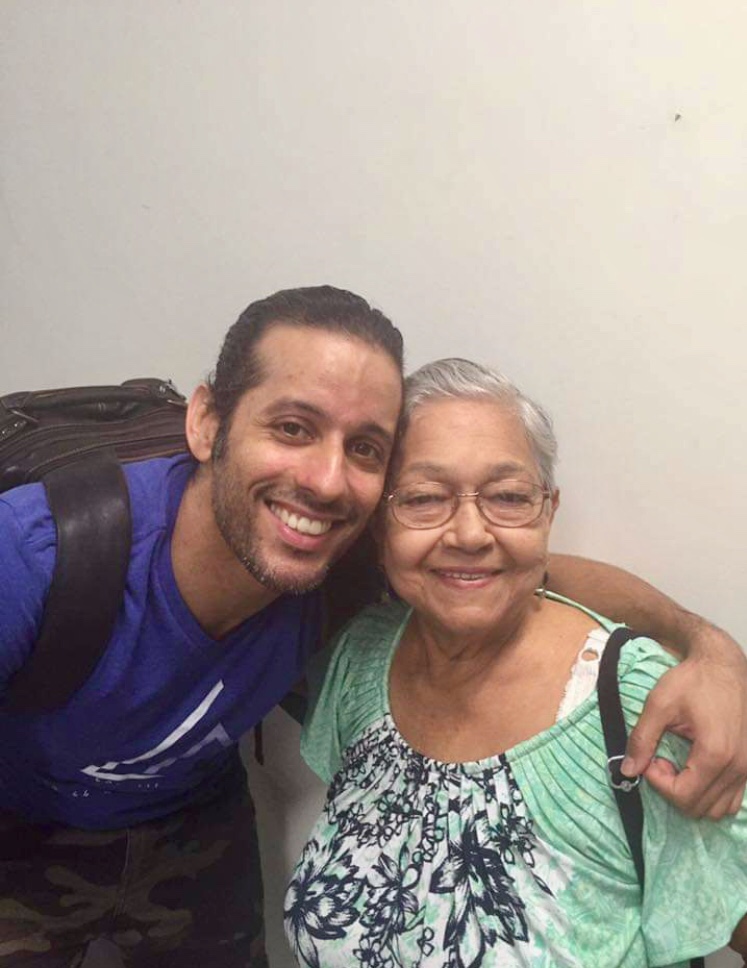 Thank you for inspiring me to dance for 5 hours for a worthy cause. 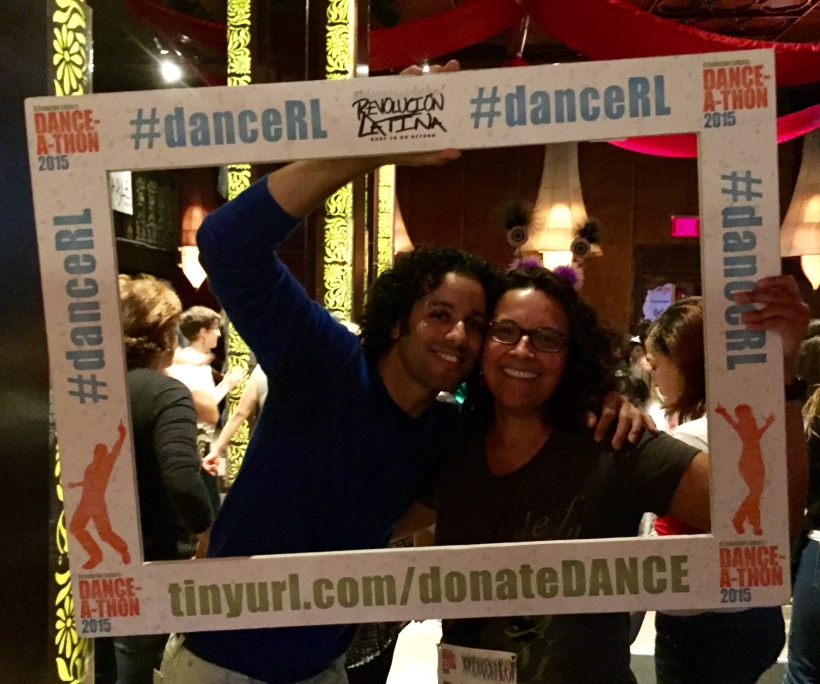 Thank you for introducing me to the Broadway Stage. It truly is grand. 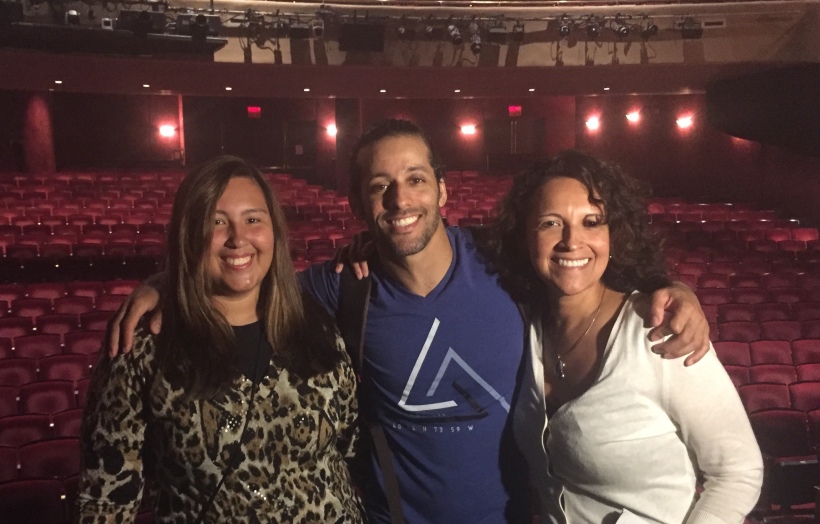 My daughter and I love you immensely.  I will never stop daring to go beyond. May God always bless you and your family.