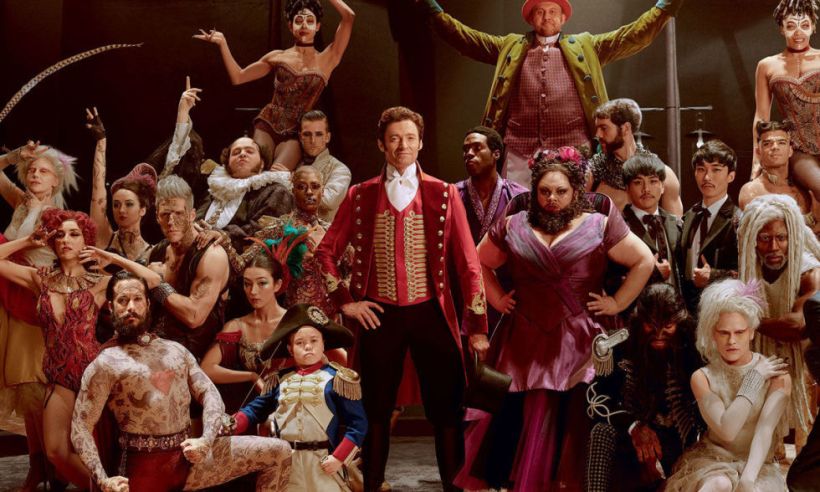 I commence by admitting that when I first saw the preview for this movie back in November 2017, I wasn’t too enthused about it. That all changed after my daughter called me two days ago. She had watched it and advised I should do the same. She said it had made her cry. Now, those who know me know I like emotional threaded movies, cartoons, and YouTube videos. I am an avid fan of good old catharsis.

I am not going to speak of the awesome choreography, stellar acting, astonishing acrobatics, vibrant colorful wardrobes or the magnificent harmonious singing voices for all that goes without saying. Zendaya is just adorable. Zac Efron has blossomed into such a wonderful man. Heck, Wolverine can sing to me any day! Sorry, I had to Mr.Hugh Jackman.

This movie received mixed reviews but I think it deserves a category of its own. It is a film of enlightenment and of grace. It has a multitude of life lessons within it. Each lesson is well manifested by its talented cast. If you carefully watch it then you will feel what I felt at the end of it–pure joy. If you haven’t watched it yet, please do. I give it an A ++.

It reminds us of how as children we believe anything and everything is possible. Our imagination with its vast creativity doesn’t hinder us from growth. We dream and take action to make it become our reality. As children we are invincible. As children we always believe and don’t ever question what love is. We just love. As adults we become afraid to love due to what other’s might think about who we love or why we love them. What happens to us when we age?

It teaches us to not forget those that helped us form our foundation as we rise to stardom in our work life. Our jobs may explode to unknown blissful horizons but if we don’t take notice then we stand to lose it all. Being successful requires dedication and time but should never marginalize your family. It is easier to rebuild a burned down warehouse than it is to mend a broken tattered heart.

This musical film empowers all those whom have ever been bullied. It is for all those that have been shamed into not loving themselves. In the film those things were depicted in an overt manner. We see a bearded lady, a giant and a morbidly obese man but in real life there are also those that feel shame but are perfect in our eyes. Some wounds lie deeper than the eyes can see.

This film is for all who were abused either physically, sexually or mentally. It is for any wounded brave soul. The lyrics of This is Me are beyond powerful. Mr. Benj Pasek and Mr. Justin Paul I salute you for your talent. This is a song of liberation! It is a song of self-acceptance and self-love. Thank you. Check out Keala Settle’s audition tape on YouTube and you will fall in love with her. https://youtu.be/XLFEvHWD_NE

This 1.46 hrs of delight embodies the meaning of friendship and faith. Their strengths can help pull us out of the deepest of ruts. Zac Efron’s role states I may have lost a lot but have gained so much more. This made me choke and then cry. What are worldly possessions if we don’t feel we belong anywhere? He might have degraded his social status by working in a circus but he upgraded his soul’s happiness status. Isn’t this what should actually matter? We are worth so much more than the numbers on our W2 form! We can’t forget this!

Finally this American musical drama film by Michael Gracey written by Jenny Bicks and Bill Condon is a definite must see. It is a film for the family to watch together. A film for couples. It is a must see in schools to open discussion about bullying and the ill effects of it. It a film for me and a film for you. May you all have a blessed day.